Unipolar vs. Bipolar Scales – these are not medical conditions! 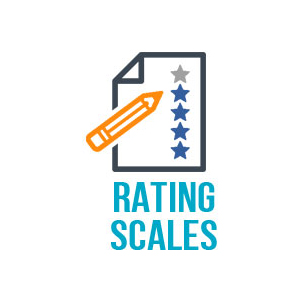 Regularly my department would be asked why we used a certain scale for measuring customer satisfaction.

The scale was similar to this:

We would answer something to the tune of, “To be consistent to past research. If we change the scale we will not be able to compare results to previous studies or put the results into context.” Additionally we may have touched on the importance of having a neutral mid-point.

It was a valid answer, but there’s also more to it.

A few years later as I had just begun to do contract work out on my own I encountered the same survey being used at another company but one question was worded differently.

The company wanted to know how their results compared to the other survey results. I explained we couldn’t compare the results because the questions were asked differently, the scale points were labeled differently, and one had a neutral midpoint and the other did not.

At the time I felt passionately that the scale that offered the neutral mid-point was the superior scale because it did not skew the scale in any particular direction. On the first scale, a rating of 3 is a neutral response whereas on the second, a 3 is “good.” In my view, this meant it was skewed to the positive and not valid, especially when comparing to a scale with a neutral mid-point.

In discussions with the company, I offered this view and someone mentioned the term “unipolar” in response. Without knowing exactly what that meant, I brushed it off saying, “While that may be true, the fact is we cannot compare the two surveys to each other because they use different scales.”

Truthful enough, but this conversation stuck with me and bothered me for years.

And then I learned about bipolar and unipolar scales several years later in the MRA’s quantitative research principles certificate program.

The second company was using a different type of scale. The claim is that it’s a unipolar scale measuring quality across one dimension from Poor to Excellent. Is that one dimension? To me, I see multiple dimensions – Poor could be Very Poor or Not at all Poor. Fair could be Unfair. Good could be Not at All Good, or Very Good. Each of the labels on that scale may have different definitions to each person. That makes it unbalanced and less reliable.

I learned that the most reliable bipolar scale is actually a 7-point scale.

Now that I know more about scales, I feel empowered to have a better discussion about the pros and cons of each. And, it turns out there is considerable debate even among the most seasoned research professionals as to which scales are most preferable and in which circumstances.

Some say that bipolar is better because it has a neutral midpoint and a neutral response is valid. Sometimes we just don’t care that much. Others see the neutral as an easy way out for the lazy respondent.

Some say that unipolar is better because it uses one scale of attributes (not at all satisfied to extremely satisfied). Bipolar scales take more effort to mentally process because they use opposite attributes (dissatisfied vs. satisfied; disagree vs. agree; unimportant vs. important).

One thing that is generally agreed upon is that you should set a standard for your organization. The scale that is chosen should be used consistently for context and comparison sake.

At least I had that part right!

Read more about these scales in my latest blog here: More on Unipolar and Bipolar Scales

© 2023 SOLUTIONS THROUGH RESEARCH. ALL RIGHTS RESERVED. WEB DESIGN BY HIREAWIZ