My eye doctor used social psychology to get a Yelp review 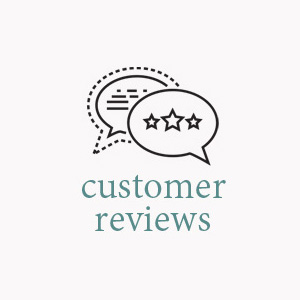 I went to the eye doctor on Tuesday for my first annual check-up. What’s interesting about this year’s visit isn’t the visit itself, but the post-visit requests from the doctor’s office.  Two days after my visit, I received an email asking me to take a quick satisfaction survey about my visit. The email was brief, to the point, and easy on my eyes, with a big button to complete the survey. I had a few minutes this morning so I went ahead and clicked it.

The survey was one screen. There were twelve attributes of their office to rate on a scale of excellent to poor. But there was one question: “How likely is it that you would recommend us to a friend or colleague?” set off from the rest at the top, taking up more space — obviously an important question for them.

I said I was likely to recommend them, at an 8 out of 10. So far nothing seems out of the ordinary, right? It’s your standard question for calculating net promoter scores or to benchmark word of mouth.

Here’s where it gets interesting. Just seconds after completing the survey, I receive another email The subject line says “Hello Amy – May we ask a favor?” First I think, “I just did you a favor, I took your survey. Is this a duplicate request or what else is going on?” Reading the email, I realize they have automated a call to action within their survey. I said I was likely to recommend them. This email was sent because I said I was likely to recommend them. And now they’re asking me to put my money where my mouth is and do just that. They are hoping I’ll say yes to one more request and provide a positive review on Yelp.

The foot-in-the-door technique researched in the 1960s by Freedman and Fraser found that people are more likely to comply with a large request after complying with a smaller one. In this case I was asked to take a survey and then asked for one more favor, to leave a public recommendation on Yelp.

Secondly, they are hoping that my stated attitude (likelihood to recommend of 8 of 10) will influence me to provide a Yelp review when asked. Because I stated my likelihood just moments before the recommendation request came, it is on the top of my mind when I determine whether or not I will proceed to Yelp to give the review.

Cognitive dissonance theory, studied first in 1959 by Leon Festinger, says that people have instinctive needs to ensure our beliefs and behaviors are consistent. For instance, if we believe we are helpful and tell someone outside the grocery store that we think we’re helpful, we will be more likely to help the little old lady with her grocery cart inside the store. By doing so, we remain consistent to our word and reduce the discomfort we would feel by not being helpful after just saying the opposite.

Based on this, my eye doctor is relying on the fact that since I just said I was likely to recommend them I will be more likely to provide a Yelp review in order to stay consistent with the attitude I just stated in the patient satisfaction survey. They are calling on me to keep a consistent self-perception.

Look for ways to make your surveys directly actionable by including immediate requests of the participant based on their answers. Don’t lose the opportunity to create deeper relationships with your customers. By the time your survey is analyzed the intensity of that opportunity has weakened. People may not remember what they said in the survey and cognitive dissonance theory will not be at play anymore.

Here are some ideas of how you could add immediate action to surveys:

To do these things, you can use skip logic in your survey programming to create different thank you messages for different sets of respondents.

Or, see if your survey program allows you to send email messages based on survey answers. If not, check out Zapier which may be able to add automation for you.

© 2022 SOLUTIONS THROUGH RESEARCH. ALL RIGHTS RESERVED. WEB DESIGN BY HIREAWIZ